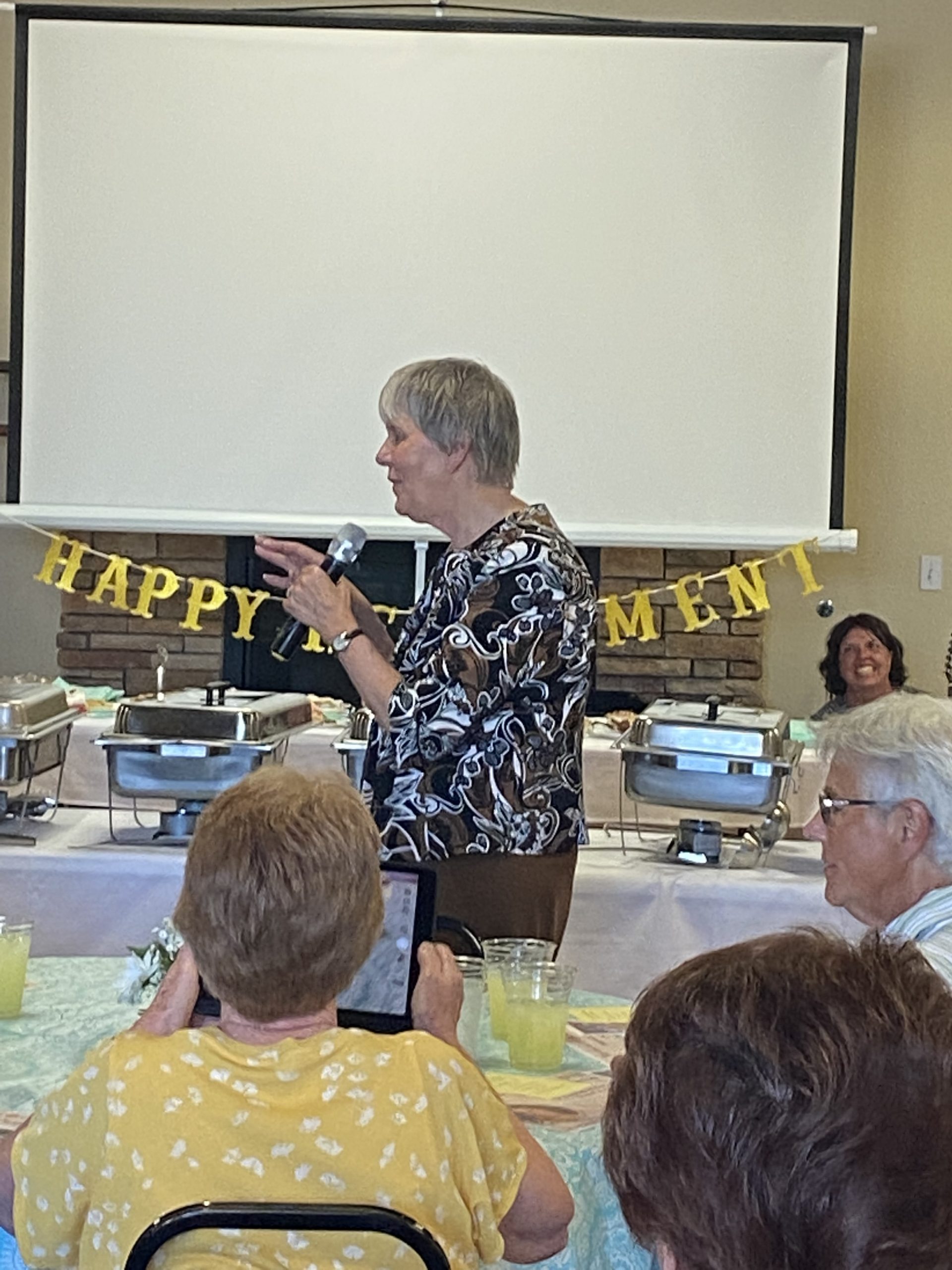 After 59 years of ministry to the faith she adores, Sr. Peg Bishop, OSF/T retired from Immaculate Conception Catholic Parish on June 30th.  Sr. Peg held the position of Pastoral Care Minister at the parish since 2017.  Sister ministered to the sick, the dying, the grieving, and the disabled membership of the parish.   She did so with a love, a faith, and a compassion that changed the lives of those who were blessed to know her.  Sister Peg’s work at the parish ran much deeper than the job she was hired to do, she formed true and lasting relationships with the people she served.  She has forever left her mark on the parish she leaves.  Many ministry teams to which she has provided leadership for the past years will miss her guidance, calming presence, and radiant spirit.

Sister Peg is a Sister of Saint Francis.  The Sisters of St. Francis, Tiffin, are also known as the Tiffin Franciscans. They were founded in the 1867 by Fr. Joseph Bihn and Elizabeth Schaefer, a mother, who after she became a widow, took vows and became known as Sr. Mary Francis Schaefer.  The Tiffin Franciscans desire to live according to the Gospel and to spend our lives extending the reign of God. Inspired by the lives of St. Francis and Clare of Assisi, they vow to live in simplicity, hospitality and joy. As an expression of gospel living, the Franciscan Sisters publicly profess three vows, live in community, and dedicate their lives to evangelizing service.

Sr. Peg Bishop has led that life of service and her mission began as a 5th grade teacher at schools in Attica, Delphos, New Cleveland, and in Toledo.  She then went to St. Joseph Parish in Pauling, Ohio as the Director of Religious Education.  Sr. moved on to the Defiance and began a stint as the Toledo Regional Director of Religious Education.   Her career than took her to both Davenport, IA and later to Milwaukee, WI where she led a parish evaluation project.  In 2010, Sister landed at the University Place Lafayette, IL as their pastoral/mission director.  And in 2014, Sister returned home to her beloved Tiffin, Ohio to serve as on the leadership team for her Franciscan Community.  Immaculate Conception Parish Port Clinton was blessed by her presence beginning in 2017, were she served as Pastoral Care Minister for the past 5 years.

A celebration of Sr. Peg’s career was held on Tuesday June 21st beginning with a Mass concelebrated by Pastor Father Jonathan Wight and retired Pastor Father John Missler and followed by a true thanksgiving feast held at the Denny Beregeman Hall.

Sister Peg Bishop will continue to reside in Port Clinton in her retirement as she has professed her love for this community and its people.  Sister will be anything but bored as she looks forward further involvement at the Stein Hospice Residential Facility in Sandusky where she has volunteered for the past four years. She looks to expand her volunteer ministry to Stein Hospice of Western Reserve.  The parish of Immaculate Conception wishes to thank Sr. Peg for touching the lives of so many.  Sr. Peg Bishop is truly and simply the portrait of hospitality and joy.  She will be missed.